Twenty-two-year-old Sean Dorsey is thrilled to be taking a UF course online from his home in Palm Beach Gardens.

His mother, Cathy Dorsey, is more impressed with the fact that he can walk and talk and is doing so well following his battle with viral meningitis just over a year ago. She thanks the physicians, nurses and therapists who cared for him at UF Health Shands Hospital and UF Health Shands Rehab Hospital.

“He had a sinus infection, fever, aches and pains. He went to a walk-in-clinic on campus and got some antibiotics,” Cathy said. “He never imagined that he was so sick.”

Then, following an apartment fire, a rescue effort from a neighbor and a trip to the UF Health Shands E.R. for carbon monoxide poisoning, our physicians diagnosed Sean with meningitis.

The next morning he underwent brain surgery. Three days later, he stopped responding to neuro checks and had to have another procedure, during which more of his skull and brain was removed. He was not expected to survive and spent four weeks in the UF Health Shands Hospital ICU. His parents were devastated.

However, Sean put up a fight and recovered. After a few weeks of rest, he was ready for rehab. Despite a setback two weeks into rehab, when he had to go back to the hospital for scalp revision surgery, Sean put every effort he had into making progress. His medical team credits his youth and willpower.

“I remember being really nervous,” he explained. “I had no idea what to expect, if they would be nice or if I would ever be able to walk again

Sean Dorsey (left), pictured with his cat Bubbles, praised the efforts of the UF Health Shands Rehab Hospital staff for his recovery from a case of meningitis.

on my own. But they were very understanding and made me feel like I could do it, even when I hated some of the things they made me do.

“I couldn’t walk. They helped me stand and walk without looking silly. I was there from March until May (2014). I’m home now. I’m taking online classes at UF. My goal is to return and finish my degree in food science and nutrition.”

“I’m not done with my recovery,” Sean said. “I still go to therapy three days a week. But without the caring team from Shands Rehab I would not have made the strides that got me here today. I’d like to tell them thank you. They were my favorites.” N&N 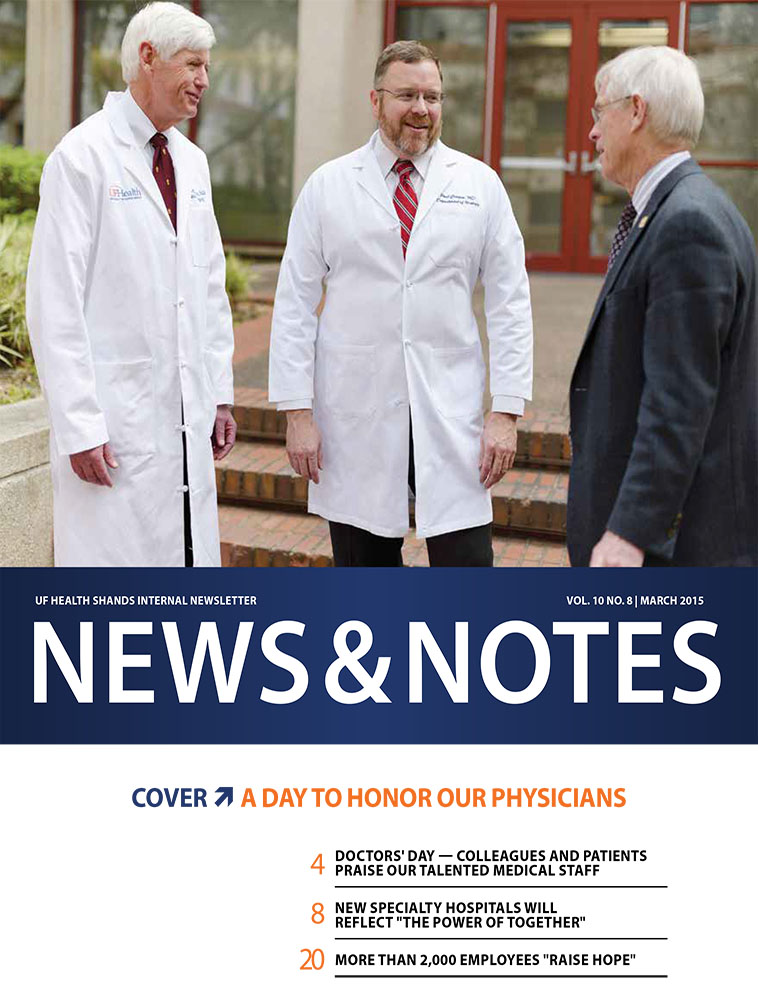