All 13-year-old Gabby Carrara wanted to do on a June afternoon in 2013 was exercise her newly acquired teen freedom.

It was a Sunday, and her parents had encouraged her to go to church, but Gabby and her younger sister wanted to stay home.

“At the time, my sister and I were having a little ‘Cake Boss’ phase and wanted to cook like adults in the kitchen without any supervision,” Gabby said.

The recipe they decided to make was a Brazilian fried dough called pastel. Gabby describes the bread as having a croissant-like texture with cheese in the center — a family favorite.

After frying the pastel, Gabby poured the piping-hot oil down the drain of her sink because that’s what her mother did when she made pasta and drained the water.

“I remember the kitchen getting smoky, so I turned the water on in the sink,” Gabby said. “I told my sister to open the door to air some of the smoke out.”

As soon as her sister left the kitchen, the oil in the sink drain exploded on the floor, on the refrigerator and on Gabby’s skin.

“I immediately ran out the door and jumped in the pool. All I could comprehend was that this oil burned me, and I needed to make it stop,” Gabby said.

Shortly after the accident occurred, Gabby’s parents, grandparents and aunt came home and found Gabby standing in the pool. After she explained what happened, Gabby’s mother and aunt helped her shower off and quickly called 911. She was rushed to the nearest children’s hospital in Jacksonville.

It only took a few hours in the emergency room for the team to determine that her burns were too severe to be handled at the local E.R. Gabby needed to be transferred to UF Health Shands Children’s Hospital.

After almost two hours in the ambulance, she arrived in Gainesville, where she stayed for nine days and underwent one surgery.

Gabby’s burns included a third-degree burn on her right arm and four second-degree burns on each of her legs, the back of her left hand and on her toe.

Shawn Larson, M.D., an associate professor of pediatric surgery in the UF College of Medicine, performed a skin graft surgery for her worst burn, which was on her right arm, using skin from Gabby’s hip. He put other surgical adhesives over her smaller burns as a preventive measure for the skin to heal.

“Dr. Larson was my guardian angel and go-to person,” Gabby said. “He was so good at helping my mom calm down.”

Gabby was later informed that jumping into the pool was the best decision she could have made in the moment. If she hadn’t taken quick action, her prognosis could have been much worse.

“Oil doesn’t stop burning until it doesn’t have anything to burn anymore and water is the only thing that stopped it,” Gabby said. “If I hadn’t jumped in, I don’t know if I would have regained feeling in my arm.”

From June 16-26, 2013, Gabby stayed in her hospital room recovering from her burns. After discharge, she wore a compression garment on her right wrist to protect her burn and followed up with Larson every two weeks for about a year.

The post-recovery period was draining on not only her physical health, but her mental health as well.

“Obviously, this was a horrible situation, but had I been 17 or 7 it would have been easier,” Gabby said.

Middle school is no easy age, and explaining the accident to her classmates and feeling self-conscious from her scars took a toll on her.

The Carrara family eventually relocated from Jacksonville to Charleston, South Carolina, in Gabby’s early high school years. Even though she still wore a compression garment on her arm until she was 17, her dermatologist in Charleston did laser resurfacing to help clear some of the scarring and rebuild her skin.

Years after the incident, Gabby still found herself reflecting on her nine days spent in the hospital. During her stay, Gabby had become fascinated with her care team and the entire hospital system.

Gabby’s roommate at the children’s hospital had suffered from a genetic kidney disorder and had been involved in a surfing accident. The two became friends, and Gabby found it heartwarming that her roommate’s care team was doing everything they could to not only provide exceptional physical care, but emotional support as well.

That was the moment Gabby knew she wanted to go into medicine.

“I was asking way too many questions, but I was just so curious about everything,” Gabby said. “It was the best shadowing I could have ever gotten.”

Gabby Carrara at the Grapevine Canyon Petroglyphs in Laughlin, Nevada, in May 2021.

Gabby is now 21 and going into her fourth year as a public health major at the University of South Carolina.

For eight years, her family has stayed in contact with Larson, who has served as an inspiration to Gabby for her hopeful career in medicine.

“It’s always amazing to see your patient go through the process of healing while they are in the hospital,” Larson said. “It’s all on Gabby — she used this event in her life as a motivation to help others.”

Gabby recently finished applying to more than nine medical schools throughout the Southeast and in California. She realized later that she had submitted a few of her applications on the eight-year anniversary of her burn accident.

On top of her school course load, she works as a medical assistant at a pediatric clinic and is easily drawn to pediatric medicine because of her experience as a young patient.

“Finding good, quality doctors that will truly listen is so rare. I feel like I need to pay it forward in a way,” Gabby said. “It takes the right person to have the knowledge and compassion, and I feel like I can work toward that.” 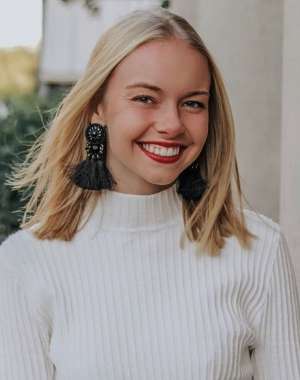 IN THE RIGHT HANDS 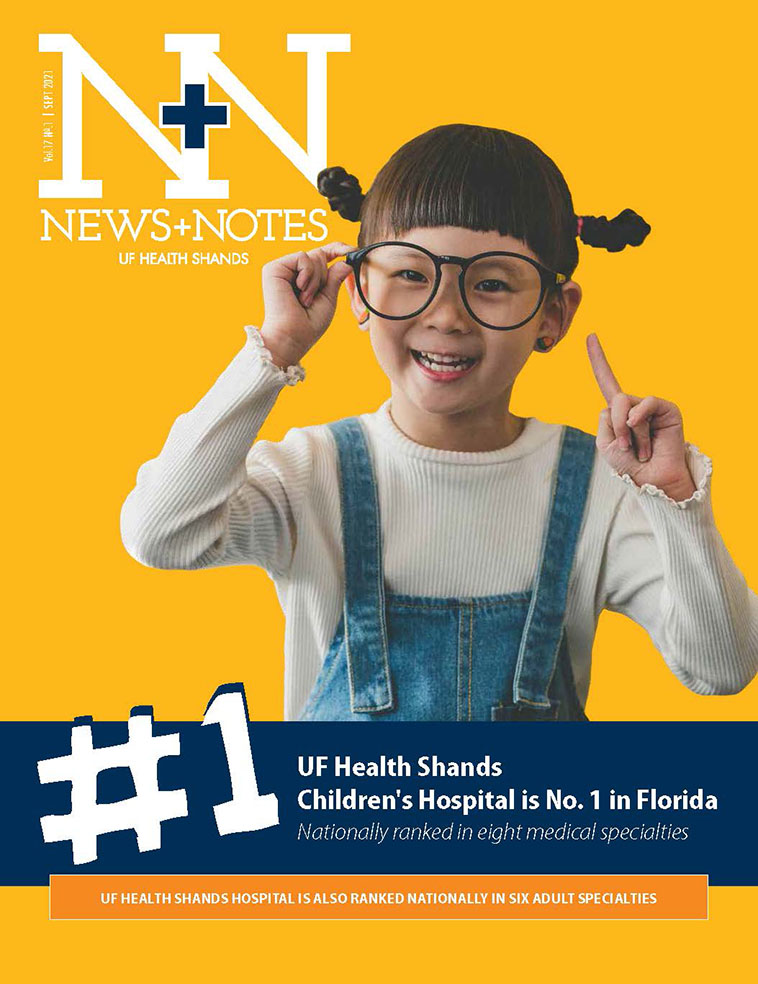