Erin Campbell was only in her second trimester when she found out that the course of her entire pregnancy would be altered.

At 18 weeks, Erin’s baby girl, Riley, was diagnosed with hypoplastic left heart syndrome, or HLHS, a birth defect that hinders normal blood flow through the heart, as the left side of the heart does not form correctly.

“My husband and I were really broken up about it,” Campbell said. “You can’t change the situation, and we just made the best out of it. We’ll do whatever we can for our little girl.”

Erin and her husband, Rory, immediately delved into research and went to three different hospitals for a second and third opinion. They were in search of the right medical team to give Riley the best chance. Their research led them to UF Health Shands Children’s Hospital.

“It was an easy decision,” Campbell said. “There’s a family feel. It was more of a one-on-one experience, and we had a lot of attentiveness from the doctors and nurses.”

The Campbell family is from Fort Pierce, about three and a half hours from Gainesville, but Campbell said the time spent traveling was no problem. They were confident in the care of their UF College of Medicine experts Jennifer Co-Vu, M.D., FAAP, a pediatric cardiologist and the director of the single ventricle and fetal cardiac programs at the UF Health Congenital Heart Center, and Mark Bleiweis, M.D., pediatric and congenital cardiovascular surgery chief and the center director. The team made every drive worth it.

“We clicked with Dr. Co-Vu almost instantly,” Campbell said. “We’re cut from the same cloth. It’s so nice and refreshing to have that in more of a personal setting.”

Riley had her first surgery, known as a Norwood procedure, when she was just 6 days old. Surgeons reconstructed her heart to allow the right side to become the main pumping chamber instead of the left side. The Campbell’s were in the Pediatric Cardiac ICU for less than a month when they got to bring Riley home.

“We knew that when she was in my belly that she was a fighter,” Campbell said. “She’s chill when she wants to be, but she’s a fireball at the same time.”

Riley is now 6 months old, and her mother said her daughter is doing great. She loves to play and is also starting to babble. The infant is at home with her furry brother and sister, Australian shepherds Brody and Stella.

“They are just smitten with her,” Campbell added. “They stay by her side as she grows stronger each day.”

Kelly Daly is a 22 years old and in her last semester at the University of Florida. Originally from Coral Springs, Florida, she moved to Gainesville in 2015 to pursue her degree in public relations and event management. She previously completed a communications internship at Ronald McDonald House Charities of North Central Florida where she wrote the House’s newsletter, generated social media content and helped plan the organization’s largest fundraiser. Kelly is also involved in Dance Marathon at UF and serves as the Morale team’s Assistant Director of Fundraising. 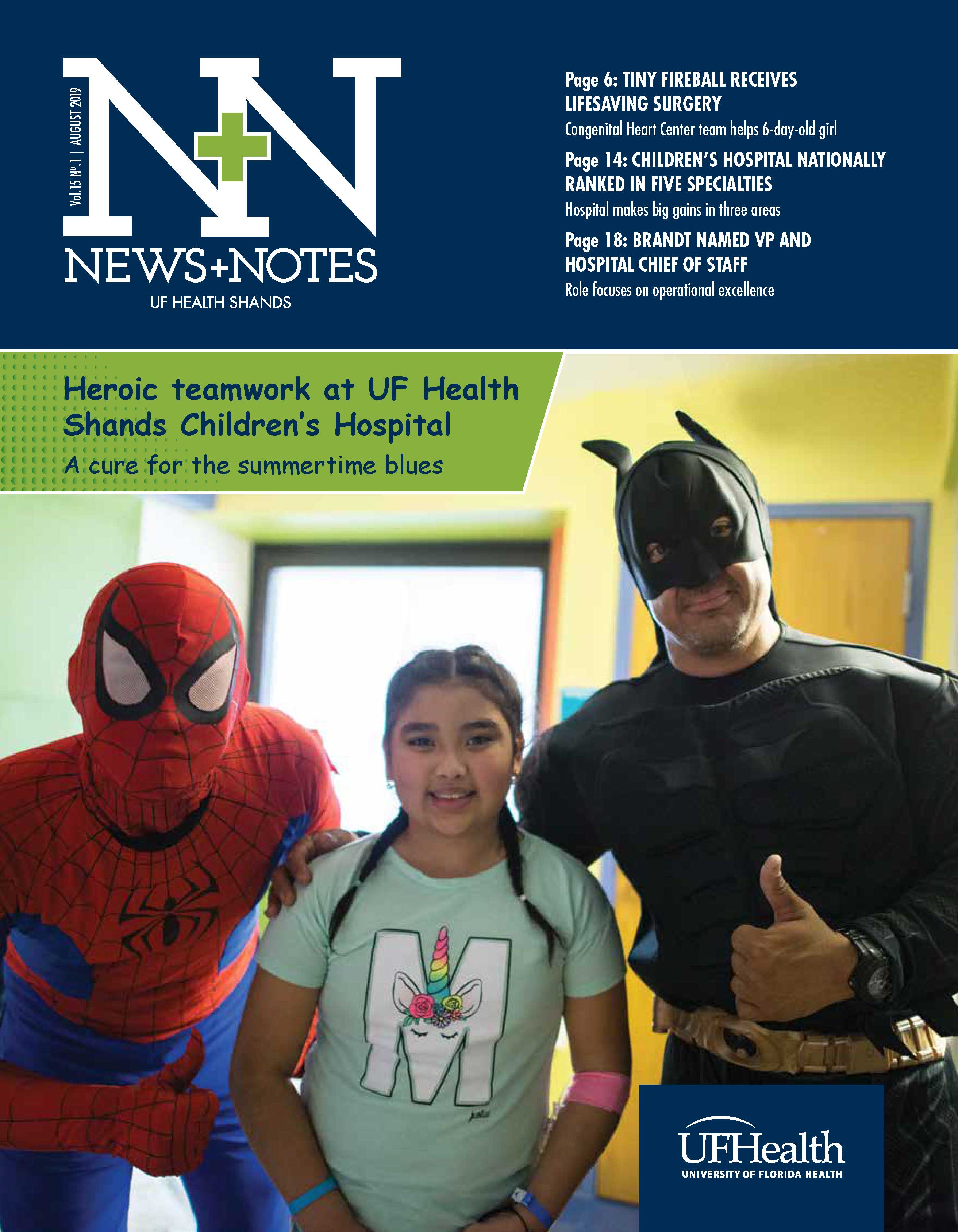