Asthma and parasitic worms share a common genetic trait — a “molecular switch” that can be manipulated to reduce asthma or boost the anti-parasite response. UF Health researchers found a novel molecular switch that can activate certain target genes and block expression of others in mice. Mice that lacked a gene transcription factor known as BCLIIB had less severe asthma but also a diminished ability to clear parasitic infections. That genetic deficiency influences how certain immune (CD4+) cells evolve, which ultimately affects the severity of asthma and parasitic infections.

A drug used to help kidney transplant recipients ward off rejection of their new organs is showing promise in another area: preserving insulin production in newly diagnosed Type 1 diabetes patients. A TrialNet study led by UF Health researchers sought to determine whether the drug thymoglobulin, alone or in combination with another drug, could slow insulin loss. Clinical trial participants given a low dose of the medication, also known as ATG, had higher levels of insulin production compared with placebo recipients. The drug also significantly reduced hemoglobin A1C levels, a long-term measure of average blood sugar levels. 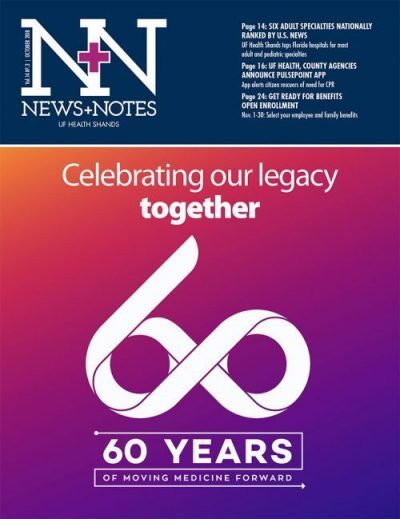