For 24 years, Joanna Hammond, R.N., dedicated much of her life to nursing and serving others. From helping new families in the hospital welcome bundles of joy to nurturing her own children, Hammond always assumed the role of caregiver. But earlier this year, that shifted. After years of caring for other people, Hammond turned that energy inward to begin the fight of her life — battling stage 4 mantle cell lymphoma.

Hammond first received her diagnosis in October 2013, but she didn’t let that detour her from her true passion: nursing. Mantle cell lymphoma typically is an aggressive cancer of the white blood cells. The UF Health Shands Hospital Mother/Baby Unit nurse was asymptomatic for almost five years and continued to serve our patients with tireless dedication. By the end of 2017, however, she was experiencing shortness of breath and hoarseness. Soon, her eyes were swollen shut, she could barely speak and her airway was narrowed by 60 percent. These symptoms were typical of this type of non-Hodgkin’s lymphoma.

ay on UF Health Shands Hospital Unit 35 was Jan. 29 this year. In March, the mother of four began outpatient radiation and credits her positive outlook and treatment experience to Kathryn E. Hitchcock, M.D., Ph.D., a UF College of Medicine radiation oncologist, and her talented team. Nurses are notoriously feisty patients, and Hammond chose not to be admitted to the hospital.

“The most important thing to me was not being stuck in a hospital, so that I could be with my children,” Hammond said. “Dr. Hitchcock never once pushed any agenda, her beliefs or ideas on me. She was completely accepting of what I wanted. She’s become my hero.”

Hitchcock believes we’re all in charge of our own bodies.

“As a doctor, it’s my job to explain super-complicated situations so that people can make informed decisions on their own,” she said.

Each time Hammond went for radiation treatment, she was welcomed by a team of people ready to help. From the front desk clerk to the radiation therapist, every person she interacted with was pleasant and had a can-do attitude, she said. She could tell from their hospitality and attentiveness that they really love what they do.

Hitchcock refers to radiation oncology as a team sport and says every member has a leading role.

“The schedulers and financial specialists have to be capable and warm; nurses help patients cope with side effects; dosimetrists and physicists help prepare technical treatment plans; and radiation therapists give radiation,” she said. “They manage a lot each day, and they are still some of the most cheerful, kind and patient people I’ve ever met in my whole life.”

Before radiation treatments could begin, Hitchcock consulted with UF College of Medicine otolaryngologists to create a plan to help destroy the tumors around Hammond’s facial nerves. After five treatments, her eyes were beginning to look normal and within a few weeks, her voice began to return.

“Even if the cancer doesn’t go away, they added to the quality of my life,” Hammond said. “My 19-year-old daughter gets to see her mom as normal. It’s really blessed my family.”

According to Hitchcock, that’s her goal.

Her words remind all of us the importance of compassionate care for our patients, especially those fighting for their lives.

She said, “We can help people live a good life — one more birthday, one more big holiday with the family — at a time.” 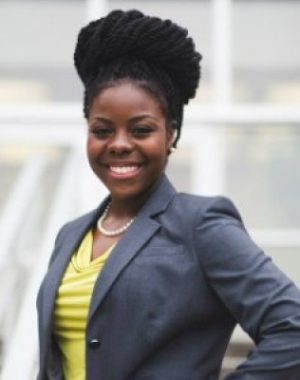 Hi! I’m a communications specialist on the Strategic Communications team. We support UF Health with strategic internal comms, corporate comms, PR campaigns, issues management, emergency response and public affairs/advocacy communications. We strive to always be creative, innovative, highly productive and calmly responsive in a crisis. Let’s chat about how we can work together to share the stories of triumphs and miracles that occur within our facilities every day! 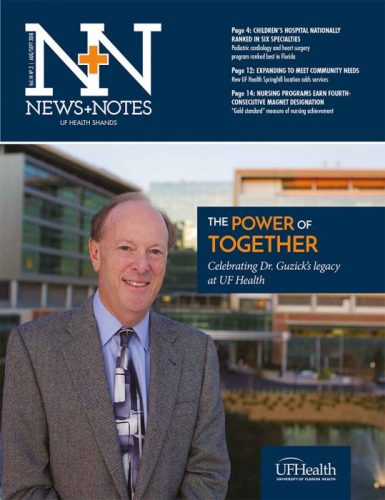