Mazzy Jester is your typical 12-year-old. She likes hanging out with friends, being silly with her sister and playing with her dogs. When she grows up, she wants to be a fashion designer. But on Sept. 7 last year, her dreams almost unraveled when she felt a mass on her collarbone.

Mazzy’s family quickly scheduled an appointment to see her pediatrician,Carolyn Carter, M.D., a UF College of Medicine clinical associate professor. Concerned, Carter suggested that Mazzy go to the UF Health Shands Pediatric E.R. to be sure everything was OK. What happened next was devastating news for Mazzy and her parents — she was diagnosed with Hodgkin’s lymphoma.

“It all happened so fast,” recalled Mazzy’s mom, Kym Jester, holding back tears. “Within two hours of getting to the E.R., we were told that our daughter had cancer, and a day later, she was admitted to surgery for a biopsy.”

William Slayton, M.D., UF College of Medicine division chief and program director of pediatric hematology/oncology, worked with his team to create an aggressive treatment plan. That same week, Mazzy started her first of four weekly chemotherapy sessions.
“After the second round, Dr. Slayton delivered some good news,” Jester said. “We were told Mazzy was 72 percent cancer-free and didn’t need radiation.”

According to Jester, members of the care team used words like “amazing” and “miraculous” to describe her fight against the disease and her body’s response to the chemotherapy. To forego radiation, a cancer patient must be at least 60 percent cancer-free, and Mazzy was well above that benchmark.

“Kids like Mazzy are why I am a pediatric oncology nurse,” said Natalie Dotson, R.N., B.S.N., CPHON, a UF Health Shands Children’s Hospital Pediatric Hematology/Oncology Unit 42 nurse. “Mazzy’s energy was infectious, and she had the ability to take her treatment in stride and remain positive throughout this difficult experience.”

She completed her last round of chemotherapy in late November and by January, she was back at school. Now four months cancer-free, she’s not looking back. Mazzy continues to pursue her dream of becoming a fashion designer and creating the life she imagines.

Slayton said, “Mazzy is someone who will make you laugh and smile. It’s one of the things that makes our field so rewarding — being able to work with these unique kids and treat them so they can grow up and become great adults.”

At UF Health, our ultimate goal is for children like Mazzy to live out their dreams. Visit UFHealth.org/peds to read more patient stories and learn how we protect tomorrow, today.

Thank you for celebrating Hospital Week! 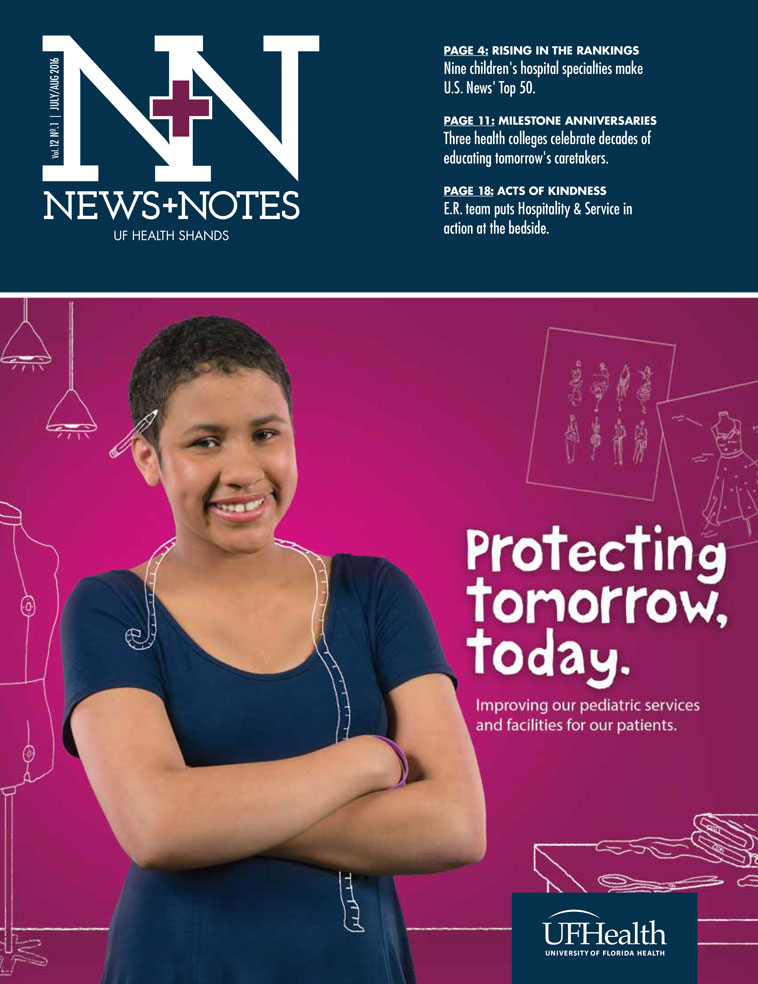