Robert Passmore felt a strange sensation as he was sitting on the couch one day. He tried to get up, but couldn’t. He realized the entire left side of his body had gone limp.

“I didn’t know what was going on, but I knew something was wrong,” he said. “I thought I might be having a small heart attack.”

Passmore wasn’t having a heart attack — he was having a brain attack. His cousin drove him to the local E.R. where doctors told him he had suffered a stroke.

He remembers thinking, “This can’t be happening. I’m 38 years old.”

Doctors at the community hospital gave him tissue plasminogen activator, also known as the “clot-buster,” and he was flown to the UF Health Shands E.R.

“Once a stroke alert is initiated, our process flows very smoothly,” Khanna said. “We have excellent communication with the UF Health ShandsCair team, and collaboration with the emergency and transfer teams, neurologists and neurosurgeons is key.”

Passmore, who had a complete occlusion in the right middle cerebral artery, was rushed to the endovascular angiography suite, where Brian Hoh, M.D., a UF College of Medicine cerebrovascular/endovascular neurosurgeon at the Stroke Center, and his team completely removed the clot in 22 minutes.

Five days later, Passmore walked out of the hospital with no residual effects from the stroke.

“I still can’t believe what happened to me,” he said. “I had a stroke, but I am fine now, watching my kids play football and helping with the family barbecue business.”

2: Percentage of U.S. hospitals with national comprehensive stroke center certification from The Joint Commission. UF Health Shands Hospital is one of them.

30: Number of patients, at any given time, who benefit from our dedicated, 30-bed Neuro ICU care unit — the largest in the state — with private rooms and full monitoring capabilities. 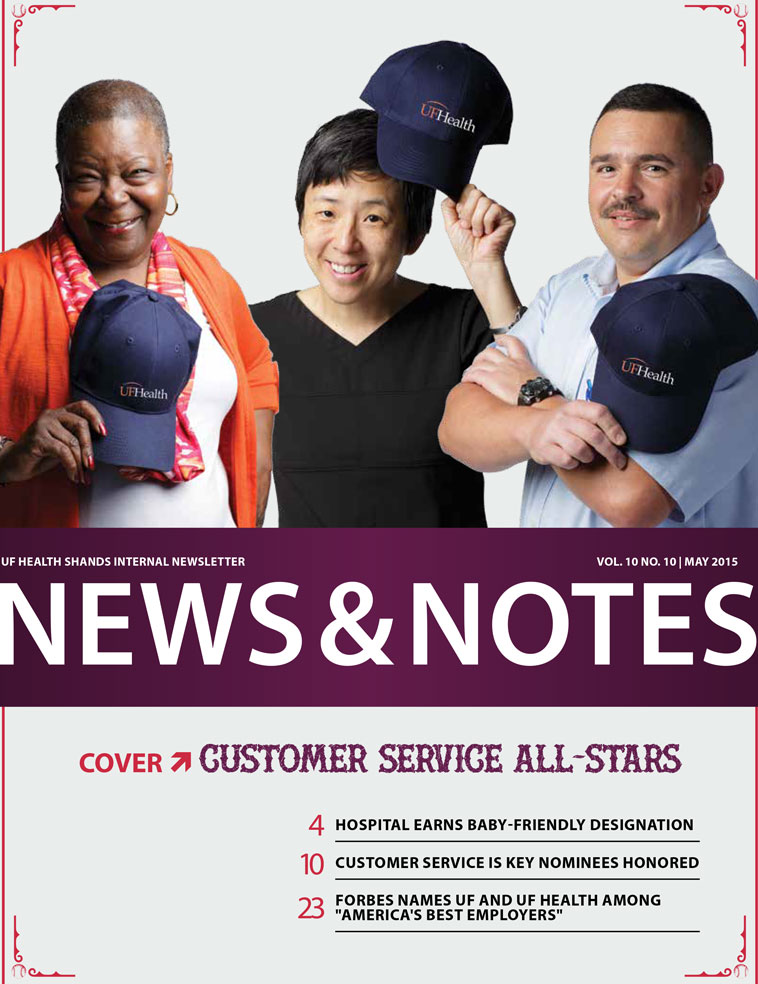