On Nov. 11, Veterans Day, we celebrate the brave men and women who are serving or have served in the U.S. Armed Forces. UF Health is honored to have many veterans in our workforce and in this edition of News&Notes we share the stories of two veterans we are proud to call our colleagues.

Chris Drum joined the UF Health Business Development team in March as the ShandsCair regional manager. He visits and builds relationships with every hospital, EMS and fire service that sends patients to UF Health Shands facilities. Drum’s experience in the U.S. Armed Forces helped him leverage his skills into a successful career in emergency medicine.

Drum joined the U.S. Armed Forces in 1995, when he was 25. A friend in the National Guard dared him and Drum went to a recruiter’s office and signed up. It took his family and friends by surprise and some thought he was too old to join.

Drum enlisted as a 91 Bravo Army Combat Medic-Airborne. After basic training — where he was affectionately called “grandpa” by other privates — he went on to combat medic training and airborne school. Later he was sent to Bayne-Jones Army Community Hospital in Ft. Polk, Louisiana, for three years. There he learned to handle every position in the emergency room, from logging patients in admissions to providing direct patient care.

After his experience in the U.S. Army, Drum went on to Santa Fe College’s Paramedic Program. Prior to joining UF Health, he worked for three different rural emergency services, two hospitals and a trauma center, in jobs ranging from flight medic to EMS director for an entire county.

“The Army helped me in many ways. I learned so much working with talented doctors, nurses, paramedics and other combat medics,” Drum said. “They taught me that you never know it all and a patient is someone’s brother, mother or child … and not a number. Our patients deserve our humility.”

Kathryn Hitchcock, M.D., Ph.D., moved to Gainesville two years ago when she was selected to join the UF College of Medicine’s Radiation Oncology Physician Resident Program, considered one of the premier programs in the nation. Previously, she proudly served her country and was one of the first female officers on the deck of a nuclear aircraft carrier.

It was during her time at the University of Wyoming that Hitchcock decided to join the U.S. Armed Forces to make a contribution to our country and save money for medical school. She graduated in 1996 with a bachelor of science degree in chemical engineering and joined the U.S. Navy. Hitchcock was one of the first women recruited to the United States Naval Nuclear Propulsion Program. She describes the program’s basic training as the intellectual equivalent of the Navy Seals BUD/S training and studied in the program for two years before heading out to sea.

At that time, U.S. Congress had recently opened the ships to women and she was sent to the USS Enterprise, the world’s first nuclear-powered aircraft carrier. She worked exclusively in the reactor plants for a year, but was then sent to the ship’s bridge to learn to drive the 93,000-ton ship.

“Apparently I had a flair for ship driving and spent more time on the bridge than doing nuclear work,” said Hitchcock. “During my time driving the ship, I crossed the Suez Canal four times and went to Iraq multiple times.”

After coming back for shore duty, she taught at the U.S. Naval Academy in Annapolis, Maryland for four years. She taught navigation and also strategy and tactics and was in charge of the academy’s largest summer training program.

“Being in the Navy was great preparation for what I do now as a physician,” said Hitchcock. “I learned to make decisions when others put their lives in my hands and to translate technical treatment to those with no technical training — two things that I do every day with my patients.” 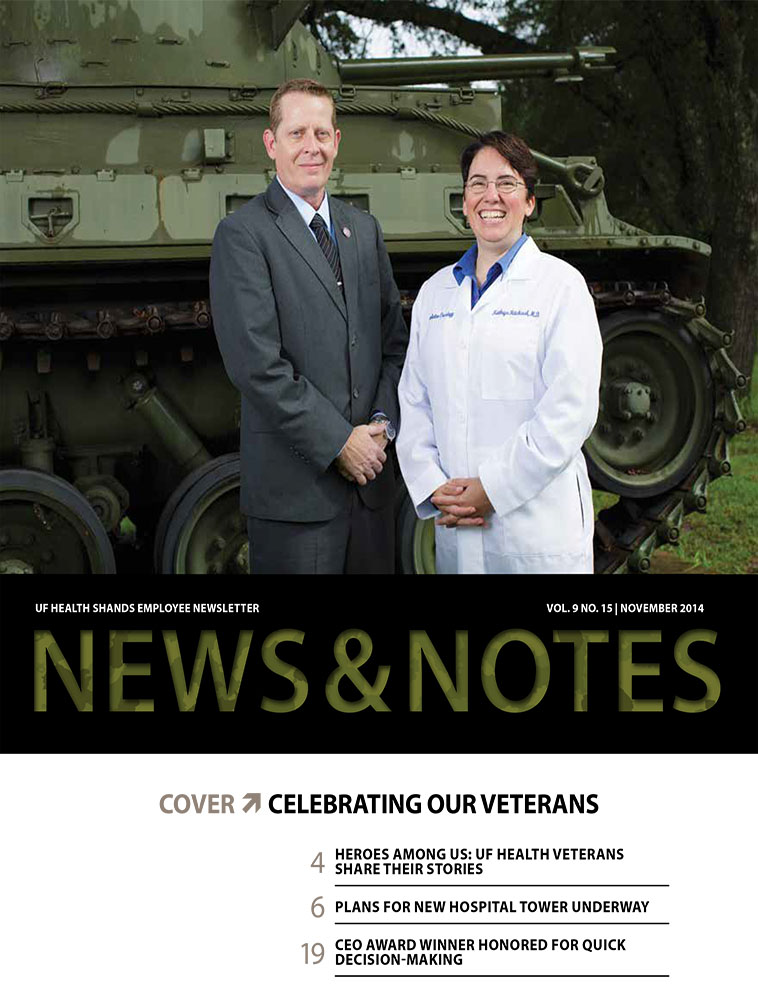